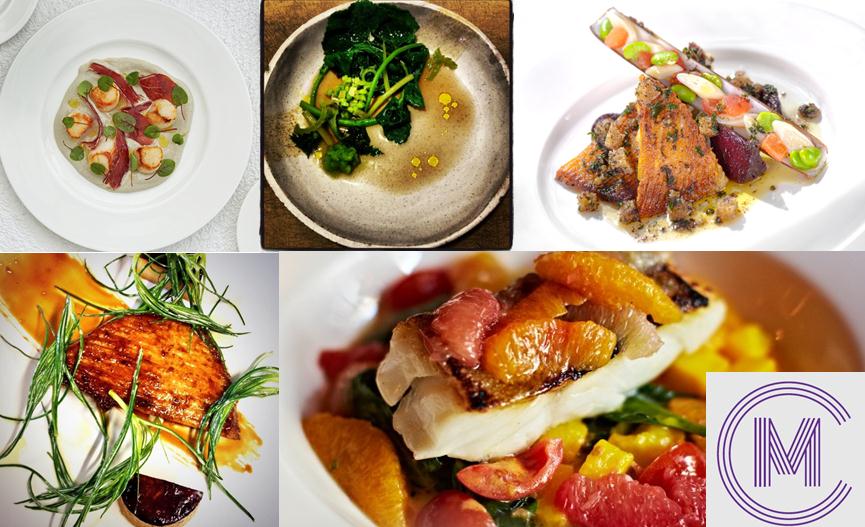 Having trained at Le Gavroche and Gravetye Manor, it’s no wonder that Marianne has ruffled up the tastebuds of the West London foodies.  Perfecting the French classics with a modern twist, this is serious fine dining of lovingly crafted consommés and impeccably cooked fish . Tucked away in a little mews, they’ve managed to avoid the haughty atmosphere. Marianne is well worth a visit.

Tom Sellers is the new Heston. How else can you serve up bread and dripping and still be called the ‘best meal in London this year”. Critics have been wowed but we love that this restaurant is open to all. They open the bookings for the coming month on the 1st and watch the diners roll in. Settle in for the 6 or 8 course modernist menu reasonably priced at £10 per course. Never will so many expletives leave your lips.

First restaurant venture for these two well-educated chaps and they’ve already managed to garner a Michelin star for their wares. Cutting their teeth at the likes of The Ledbury, the menu is delicate but genius. The crab ravioli is a favourite and the blade fillet with snails. Expect a warm welcome and exceptional service. These boys know how to entertain and the Chelsea stuffiness has been banished.

We don’t know why we need to be re-introduced to the French bistro concept by the Americans but Balthazar has been wowing the New Yorkers for over a decade and has finally reached our shores. Super chic with service to write home about, we’re particularly enamoured by the menu. From macaroni cheese to scallop risotto, there’s no doubt you’ll leave wanting more.  Since they’re open 7 days a week from breakfast, there’s no excuse not to re-book.

Upstairs at the Ten Bells in Spitalfields

There’s a gold rush happening in East London and they’re all rushing up those stairs at the Ten Bells. Quirky, inventive and causing quite the stir, these young chefs are cutting their teeth on explorative flavour combinations. And boy doesn’t it work well. Duck liver foie gras doughnuts just about sum it all up. Hang with the cool kids and get there pronto.