Sweden. The land of Ikea, Abba and Roxette. It also happens to be home to the aesthetically blessed and rather a lot of herring. Lots and lots of herring.

So it’s rather apt that our hotel of choice in this Scandinavian landscape is one that sits on a lake, full of herring. We think it’s best to get straight out of the city and back to nature if you have the time. Spend your days kayaking on the lakes or riding bicycles through the green countryside.

Although Stockholm ain’t half bad either of course. The capital of Sweden encompasses 14 islands on an extensive Baltic Sea archipelago. Making it a fantastic city destination with trend-setting restaurants, tranquil sea views and high-fashion shopping. 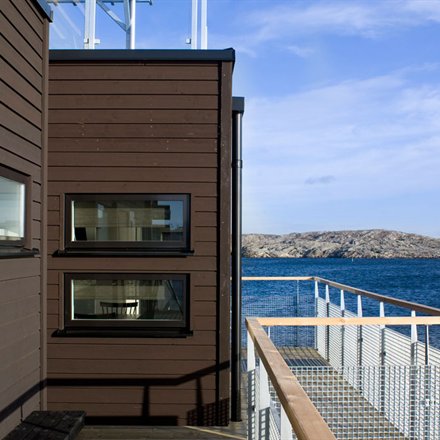 Less than an hours’ drive north of Gothenburg, head to Sweden’s first floating hotel located on the harbour of a small fishing community on the island of Klädesholmen with guaranteed sea views over Bohuslan’s outer archipelago. Built on floating pontoons, the rooms are located in two-storey houses, some even have their own ladder right into the Skagerrak. Boasting an amazing seafood restaurant (half of all Sweden’s herring comes from this working harbour), a floating sauna and relaxation area, complimentary bicycles and kayaking available for guests there’s plenty to do of a weekend. Adjacent to the hotel is the boathouse lounge. 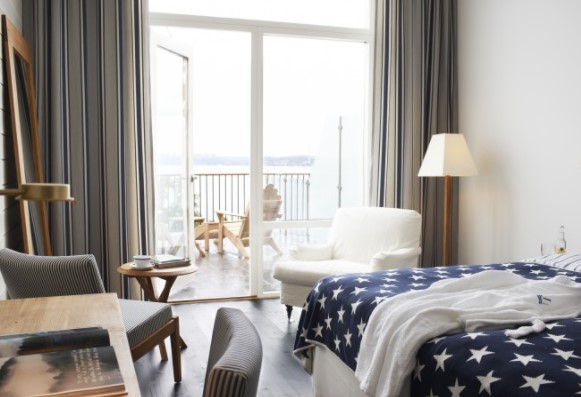 Originally built as a restaurant, this 19th century building is one of the most sought after addresses in Stockholm. Having played host to the Dalai Lama and other such eponymous names, Berns delivers high-end luxury accommodation, just one block back from the waterfront. You’d think we’re entering soulless territory with its 82 rooms but, rest assured, Berns is the place to be. Every bedroom has been uniquely designed with a nod to the nautical (perfect to take in the views over Nybroplan’s waterfront). Visit the Asian-inspired Berns Asiatiska restaurant or dart between the hotel’s several bars and nightclub. This is a hotel to see and be seen. They can also arrange visits to the beach or a boat trip out to Vaxholm in the summer. In the winter, pack some warm clobber and you can go skiing in Flottsbro. You see? We told you it has it all.

Feeling behind honoured to be staying at the magic