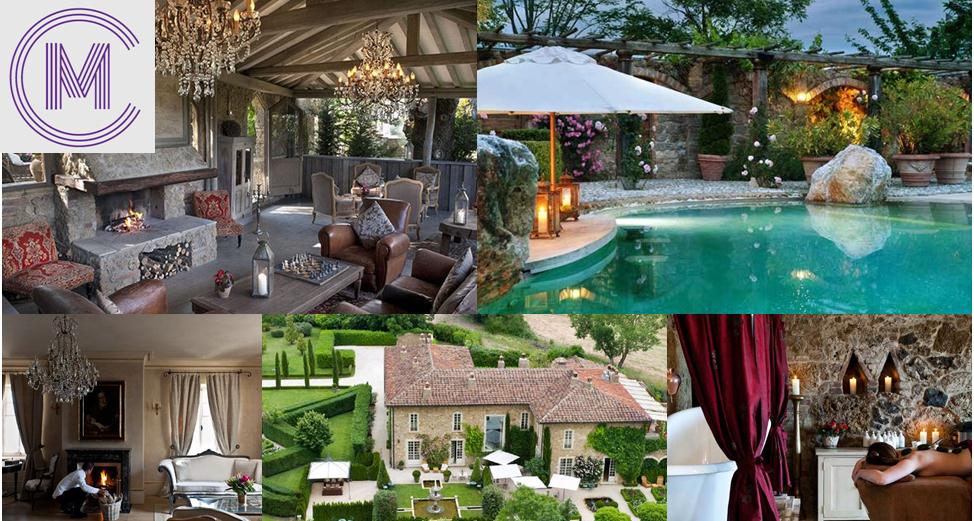 Winner of endless awards (the ‘Best Hotel in the World‘ seems to say it all), Borgo Santo Pietro is the retreat that Tuscan Dreams are made of. Take it from us. We have seen a lot of hotels and none of them come close to the stay we had here.

Jeannette and Claus Thottrup found their oasis of Tuscan charm when they stumbled upon this 13th century villa back in 2001. They set about restoring the ruin (no mean feat – they lovingly planted 250,000 shrubs and greenery in the landscaping project alone). Cypress trees = tick. Lavender aroma from the herb garden = tick. In fact, as we pulled up the driveway it was clear that Borgo Santo Pietro is the quintessential Tuscan idyll.

The key to the charm here are the owners. This could easily have become a rather pretentious, dare-not-whisper pimped up villa. But Claus and Jeannette had that classic Danish heritage to draw on bringing in chefs who had paved the way back in Denmark in their ten-a-penny Michelin star style restaurants. The food is unbelievable. From a day relaxing by the pool, we headed for a little tea expecting some cold meats and Italian nibbles. Instead, we were greeted by cashmere blankets (it was chilly in the evenings when we were there in June) and then out came endless treats from the kitchen including what can only be described as the finest cheese straws in Christendom. We are pretty sure the chefs wouldn’t call it a cheese straw but whatever it was it went very nicely with our champagne.

The bedrooms look Venetian in style. Ornate, high ceiling bedrooms are the ultimate decadence. They sourced over 1,000 antiques from all over Europe to make the vision come to life and free standing baths and heavy curtains are found throughout alongside the classic roaring log fires on colder evenings. But all the little nooks and crannies of their 13 acres are lovingly tended so you’ll find a little cove in the garden to relax against big, plump cushions with your book.

When we were there, there was a Russian chap who had flown in by private jet and had barely left his suite. I can see why. We didn’t see any of the other guests apart from at supper. We suppose the relaxed atmosphere lends itself to chilling by the pool, hopping in the car to explore the nearby church (it’s the sword in the stone church no less) or just wait expectantly by the kitchen door as the token labrador does. Sensible dog.

Our favourite memory is as those Tuscan thunderclouds roared in with no hint of what was to come from the sunny afternoon, we headed in for our masterclass in gourmet cooking. Fried foie gras and lamb that fell off the bone followed. All produce is locally sourced of course. So as we were tucking in the lightning started. Claus had joined us by this point and the antique candles flickered as the wind blew through. And then the lights went out. Of course we had nowhere to go and nothing to do so as any host worth his salt would do Claus entertained. But then he pulled out all the stops by cracking open a 200 year old bottle of cognac that then became the star of the show. We’re not sure how long we were there for. Hours possibly. But we do know Claus is the hostess with the mostest.

If you have two nights or more to spare, hop on a flight to Florence no question. It’s not cheap starting at 395 EUR per night but it is absolutely one of the most romantic spots in Europe. We would try and stretch to two nights and splash out on a spa treatment for both of you. Mini moon sorted. Book your romantic weekend at Borgo Santo Pietro here or contact us to enquire with your dates.