Situated in the south of the Adriatic, Montenegro offers rugged mountains, medieval villages and a stretch of sandy coastline to rival Europe’s finest. Unsurprisingly, business has been booming in the Balkan state of late, what with a burst of five-star hotel openings and new multi-million pound marina (the latter being handy to keep the wealthy Russian yachting fraternity in the style they’ve become accustomed to).

A handy hop, skip and a jump from neighbouring Croatia, Montenegro is also the perfect pitstop when combined with Dubrovnik – a mere 3 hour  drive down the coast. Explore walled mountain towns, stunning scenery and head to the sparkling coastline of Montenegro.

Anyone who says travel is too expensive has no imagination 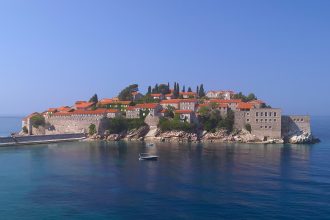 This Adriatic beach resort is spread between an iconic UNESCO island and a former royal residence. First settled by 15th century fishermen, Montenegro has been transformed by Aman resorts. Renovated sensitively to create one of the most luxurious boutique hotels in the world. With 3 pools, a spa, 3 beaches and the unrivalled Aman service, this is the perfect place for a honeymoon. With plenty of dining options and a winding island to explore, this is worth the drive from Dubrovnik. 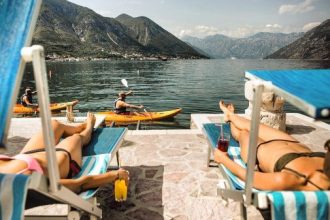 Palazzo Radomiri is an 18th century hotel set on tranquil Boka Bay. Just a short drive from Montenegro, you’re within walking distance of the medieval city of Kotor. Kotor was once the town of choice for wealthy families several hundred years ago. Stunning palaces and stone jetties line the waterfront promenade, perfect to explore on foot or by bike. In fact, hiking is popular to the Kotor Fort and you can return to the Palazzo’s private deck and swimming pool when you’re ready to relax and unwind.